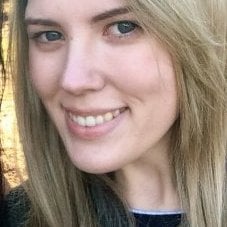 The end of summer marks the beginning of fall and with it comes a less popular season. The common cold season in the US typically lasts from September to April, during which, millions of people are affected by colds in addition to children. The Gallop poll below shows the total cold/ flu incidents reported from 2008-2012, highlighting when exactly you’re more prone to getting sick according to statistics.

It is known that adults containing the flu virus may infect others as early as one day before getting symptoms. The scary part is that the virus continues to spread up to one week after getting sick. Children can be infectious even longer, sometimes up to several weeks. That means that you can give someone the flu before you know you're sick as well as after you are feeling better. According to the Centers for Disease Control and Prevention (CDC), adults get an average of 2 to 3 colds per year. Unfortunately, until this day there is currently no medicinal cure for the common cold, so prevention is key during this time of year.

So what can you do to avoid a cold? Aside from following best practices, like frequently washing your hands, getting enough rest, and avoiding people with colds, most people load up on vitamins and minerals to protect themselves from the cold virus. IV nutrient therapy is an effective way to get vitamins and minerals absorbed by the body quicker, but do those  vitamin-infused IV drips actually work to help you avoid a cold?

Here are the facts for vitamins and minerals found in IV nutrient therapies and their preventative powers against the common cold:

The Real Power of Vitamins & Minerals Against Colds

During cold season, many people receive IV nutrient therapies infused with specific vitamins and minerals that help the body fight a cold. One of those vitamins, vitamin C, strengthens the immune system while having added beneficial functions for the body. Zinc, also used in many vitamin infusion therapies, is another mineral known for its immune-boosting function. So how do these nutrients actually work together to reduce the odds of catching a cold?

A 2006 study published in The National Center for Biotechnology Information found that doses of vitamin C improved components of the body’s immune system, including antimicrobial and natural killer cell activities, lymphocyte proliferation, chemotaxis, and delayed-type hypersensitivity. In the same study, it was found that low levels of zinc in the body impair critical immune functions, such as phagocytosis, natural killer cell activity, and the generation of oxidative burst. The study concluded that both vitamin C and zinc are necessary in immune function and reduce the risk, severity, and duration of infectious diseases.

Another vitamin known to build the immune system is vitamin B12. Often administered via  injection, vitamin B12 has many functions, one of which is producing compounds for the immune system and making red blood cells. It’s been discovered that a deficiency in vitamin B12 is correlated with decreased immune function. In a 1999 trial by the Gunma University School of Medicine in Japan, people afflicted with vitamin B12 deficiency anemia were given B12 injections, which improved levels of immunity cells in the body. Researchers concluded that vitamin B12 does play an essential role in cellular immunity. Receiving B12 injections, along with vitamin C and zinc-infused IV nutrient therapies, is an easy and effective way to strengthen your immune system against contagious cold viruses.

CLICK HERE TO LEARN HOW TO BOOST YOUR IMMUNE SYSTEM WITH IV NUTRIENT THERAPY!

While having a healthy immune system reduces the odds of getting a cold, it’s not entirely reliable. If you end up getting a cold, IV nutrient therapy can still help, but only with cold symptoms. A vitamin C-infused drip, for instance, can reduce your symptoms even after you’ve caught a cold. A 2013 study from the Department of Public Health at the University of Finland found that daily doses of vitamin C reduced cold duration by 8 percent in adults, while also reducing the severity of the cold. While it was concluded that vitamin C intake cannot directly reduce the cold incidents, the supplementation trials have shown that vitamin C can reduce the period of the duration of colds. Instead of waiting for cold symptoms to slowly go away, regular IV nutrient therapy infused with vitamin C can relieve your symptoms faster than your body can on its own.

Vitamin C not only helps with colds, it also reduces the effects of allergies, which can be just as bothersome as cold symptoms. The most common treatment for allergy symptoms are antihistamines, but those often have properties that make you drowsy. On the other hand, taking vitamin C is an energy-boosting solution. In fact, the University of Maryland Medical Center reports that vitamin C has antihistamine properties and that preliminary research has shown it can reduce allergy symptoms. Cut down on time spent feeling sick and fatigued from allergies by getting IV nutrient therapy infused with vitamin C and minerals.

Can IV Nutrient Therapy Help You Avoid a Cold?

The real answer is that it can’t help you avoid a cold, yet the vitamins and minerals in IV nutrient therapy work to strengthen your immune system and lessen the duration of cold symptoms. Additionally, for those whose allergies extend for a longer periods of time a year, nutrient IV therapy can be of relief. The use of IV nutrient therapy year round is an added preventive measure that strengthens the immune system and alleviate adverse symptoms alike. At the same time, getting vitamin B12 injections during cold season will give your immune system a much needed boost. No one wants to be sick longer than they have to, and the common cold on average lasts up to a week. A healthy mix of vitamins and nutrients can reduce your suffering during a cold, as well as reduce your allergy symptoms year-round. Prepare yourself during the cold season before it’s too late. Don’t let a cold impact your productivity by causing you to miss work or an important event just because it got out of control. Remember that even if you’ve already caught a cold, IV infusion therapy can help you get over it quicker than you think. 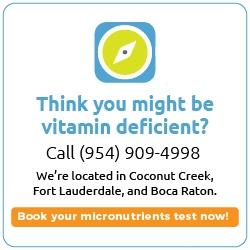